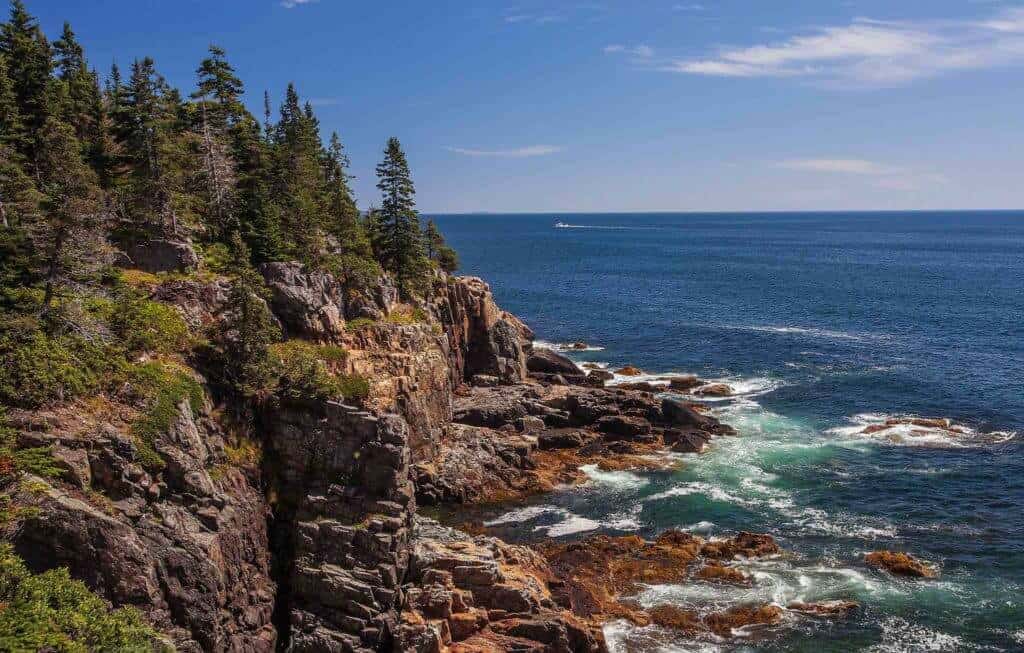 Resident Mainers and frequent visitors alike know that it’s getting harder and harder to find the same rugged solitude that the state of Maine has been known for forever. With growing populations, the internet revealing once “unknown” paradises, and metro areas overflowing with people; the places once only known by locals are being invaded. What still remains is likely Maine’s final coastal frontier: Schoodic and Downeast Acadia.

Where is Maine’s Final Coastal Frontier: Schoodic and Downeast Acadia?

Maine’s coastline, from Kittery to Bar Harbor is lined with popular seaside towns that boom in the summer months. The southern beach towns of Wells, Ogunquit, Kennebunk and Kennebunkport, Saco, Biddeford, Cape Elizabeth, Scarborough and South Portland have become one busy, albeit beautiful, stretch of shoreline; think Cape Cod North. From Portland through Falmouth, Yarmouth, Freeport, Brunswick, and Bath, it’s more of the same, but the sandy beaches give way to premium shopping; this is, after all, L.L. Bean country.

Once you cross the Sagadahoc Bridge from Bath into Woolwich, things start to change. Route 1 is no longer lined with buildings on both sides; you’ve reached the Midcoast. From Wiscasset, Damariscotta, Waldoboro, Warren, Thomaston, Rockland, Rockport, Camden, Lincolnville, to Belfast, you’ll find some of the most stunning coastal towns Maine has to offer.

Beyond Belfast, to Ellsworth, is the last leg of Route 1 before you start heading “Downeast.” Here is where the majority of the traffic leaves Route 1 to head for Bar Harbor and Mount Desert Island; and if you’ve ever been stuck in summer traffic on the island, you know that’s the truth. But if you instead continue on Route 1 a little while longer you’ll find a special place, that feels almost untouched by those from away: the Schoodic and Downeast Acadia region.

Getting to the Schoodic and Downeast Acadia Region

Just 15 minutes east of Ellsworth lies the Hancock-Sullivan Bridge which spans the Mt. Desert Narrows and marks the starting point of th Schoodic National Scenic ByWay, an informational pull off sits on the west side of the Narrows, before the bridge. Here you can use the restroom, snap some scenic photos, and learn about the history of the region.

Once you enter the peninsula you’ll find the quiet towns and villages of Gouldsboro, Birch Harbor, Corea, and Winter Harbor. Booming in the summer with shoppers and diners, this area is far less trafficked than other coastal regions, while providing stunning views in every direction. Learn more about what to do in the Schoodic and Downeast Acadia Region.